From March 8 until September 2019, les Galeries Marval Antique&Contemporary Art will present Titti Garelli’s refined, precious works evoking the “International Gothic”, which serves as the Turin artist’s inspiration.The choice of Garelli is consistent with the principles of a gallery of art that aims to exhibit both ancient and contemporary art side by side. In fact, Garelli’s paintings perfectly combine the present with the painting and culture of the past, deepening the concept of cross-contamination not only of genre, but also of era. With her strong personality, the artist carves out her niche amongst the treasures of Italian art and revisits, amongst others, Pisanello (16th century), suspended between realism and the fantasy world, populated with brightly coloured, strong-featured figures, as well as Gentile da Fabriano, who, in referencing Byzantine colours and atmospheres, glorified poetic and fabled painting with incomparable decorative elements among the European courts. Comparisons between the coral hanging around the neck of the “Daughter of Davidzs. de Hemm” and the one hanging from the neck of Jesus in the altarpiece of the Madonna di Senigallia by Piero della Francesca are inevitable.

Catalogue will be available at the exhibition.

Les Galéries Marval are located in the historic
center of Neuchatel, and are part of a 12th –century
architectural complex known in the town
as Corte Marval, after the first owner. Over the
centuries Corte Marval has had several owners
and has been both spectator and protagonist at
various moments during Neuchatel’s history, always
remaining a symbolic building in the borough,
loved by residents and tourists alike. Within
the complex there are still preserved some
ancient artifacts such as decorations depicting
hunting scenes and a Roman column, in a perfect
state of conservation, which welcome visitors
to the mall. Today Corte Marval is home to
Les Galéries Marval, a two-floor shopping mall
originally designed in 1987, completed in 1993
and currently undergoing an ambitious requalification
programme which will make it a meeting point for the
town with even the addition of an Art Gallery.
The building houses a wine-bar restaurant
which offers exclusively Italian cuisine
and artfully furnished appartments which can
be rented for small and long periods. 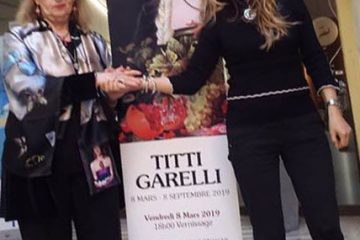 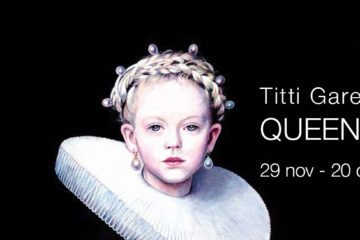 A merciless team of neogothic queens will be gracing the walls of Metroquadro in Turin, Italy. The exhibition will open on the 29th of November and will last until the 20th of December. Corso San Read more…