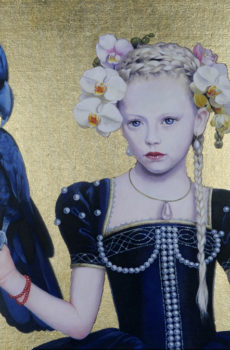 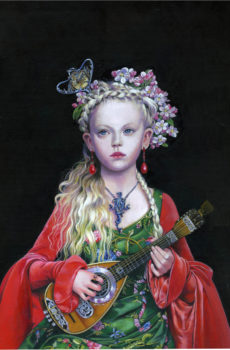 (Neo)Gothic Queens were born in 2010 as a germination of the Bad Girls cycle. I had already touched on the temporal contaminations with three small canvases, Elizabeth, Fair Rosamunde and Regina Cordium, the first in a series of works joining today’s way in paint to past cultures.
The Gothic Queens come from that directly, an homage to my personal fascinations, a game with the web’s gothic-dark-kitsch imagery mediated by videogames, Nordic Mythology and some Japanese references (not manga alone, mind you).

Check out the complete photo galleries

As with the Bad Girls, I usually start to develop the image from pictures I find among the ones I have been extracting and selecting for ages from magazines and printed materials.
From that, I move to give the subjects a Second Life, a Real one, nothing Virtual.
What happens to the millions of pictures printed in the world? I recycle, saving them from the shredder and total oblivion: they have new stories to tell.
Conceptually they are born (again) from my literary and cinematic loves: neo-gothic and pre-romantic literature, XIX cent popular culture, romantic poets. Fantasy and horror film, Murnau’s and Herzog’s Nosferatu. With an eye always on the present, from the instant-book that just came out to a food or a drink.
On the other hand, moving me, are the Paintings of the Past, the self-explanatory ones from which I steal (cite?) collars, jewels, capes and mix everything up with contemporary garments and symbols. The game I play is on ambiguity and timelessness: you may want to go on a hunt and discover all references or maybe it will be fun to just see the existence of the game in itself.
As citations go, I am fond of featuring animals, like in Leonardo’s Lady with ermine, Holbein’s Portrait of a Lady with a Squirrel and a Starling or Sanchez Coello’s Infanta with a Monkey – I like to vindicate cats from the XIX cent. bad reputation and feature them as well.
During the years the Queen evolved and spawned some sub cycles, Pounu Queens, inspired by the African people, with elaborate hairdressings and closed eyes, and the Dark Garden in which the human figure emerge from the black and bring flowers.
A whole other effort went in the two massive paintings for Costa / Carnival. I had to confront myself with painting on a very large surface (cm 180×210; 6×6.8 ft.) on which to lay out the signature gold leaf. The themes were fascination for Costa Fascinosa and crown/headgear for Costa Diadema so, on this occasion, I chose lighter symbols and set aside skulls and poisons.
Another evolution is, in 2015, the Maga Equinozia.

A sample gallery (click for full screen); you can see more in the individual posts. If you are interested in a commission in this style get in touch. 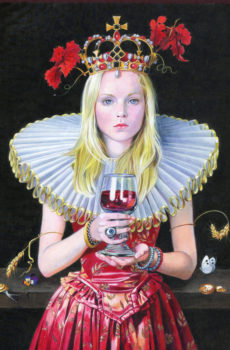 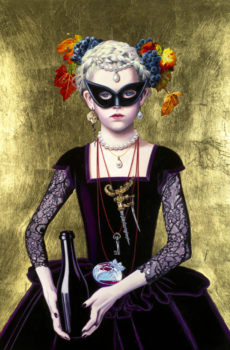 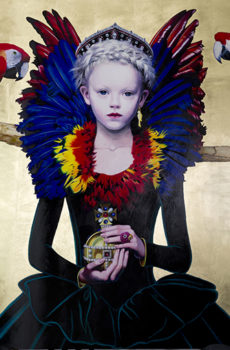 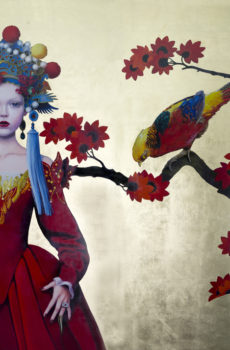 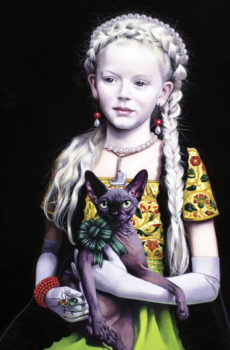 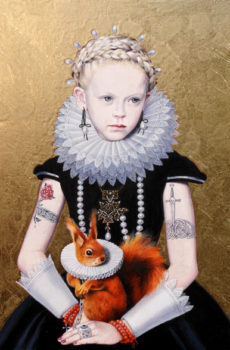 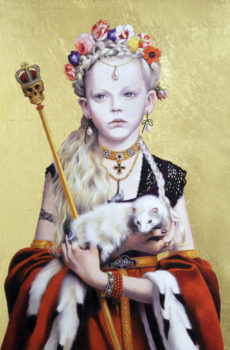 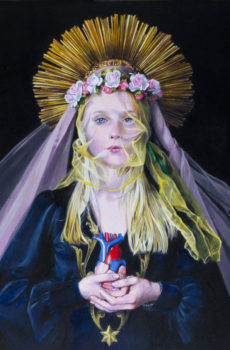 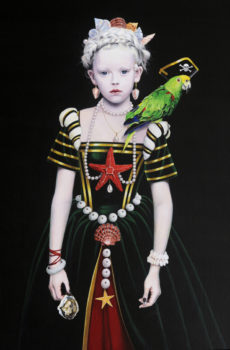 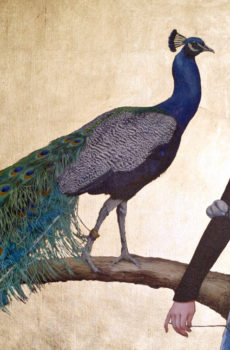 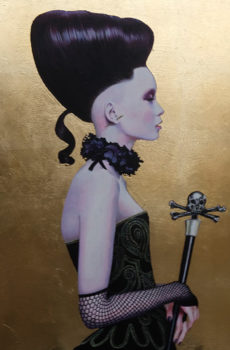 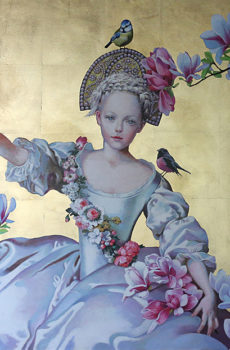 QUEEN OF MAGNOLIAS-80x135cm.-Acrylic and gold leaf on wood 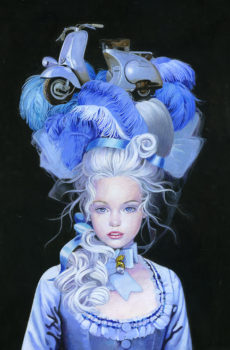 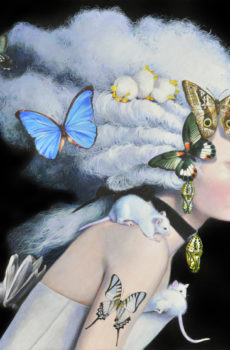 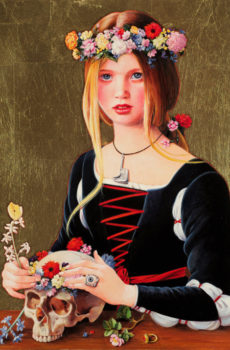 […] Poster of the special evening with Barolia – Neo Gothic Queen […] 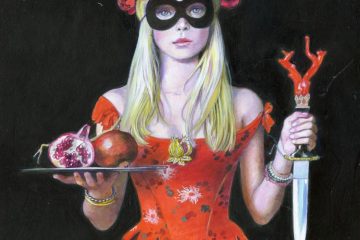 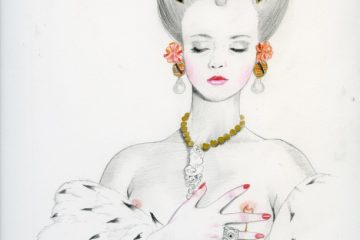 The Queens have fun. “My artistic world includes almost exclusively female figures. Maidens, girls, women, animal then and objects. Males are excluded. But my Queens must have fun, alone or among themselves. With allusive toys, Read more… 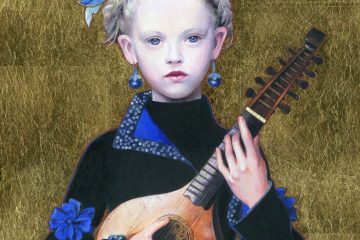 All the (Neo) Gothic Queens

The Neo Gothic Queens is on ongoing cycle, you can read more about it here, this page aims at collecting examples of Titti’s queens from all the themes she’s touched in the series.Origins & OmensPunu Read more…